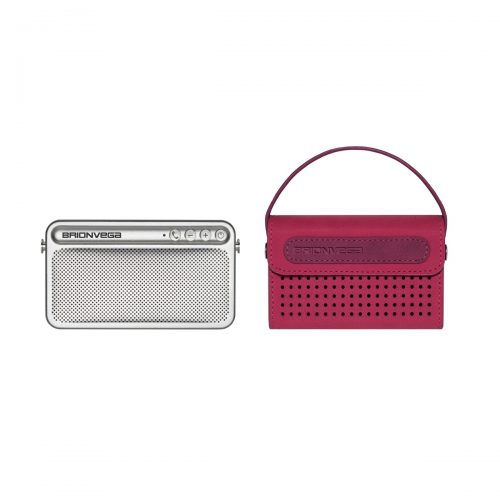 TS217 WearIT
Back to products

There is consumer electronics . Knobs, cables, peripherals, memory units, supports …
And then there’s Brionvega, art of design since 1960.

A story made of creativity, unconventional models, strong personalities and cult products.
A story whose protagonists are brilliant designers who over the decades have known how to revolutionize the concept of mass electronics, signing different radios and TVs from any other model seen before.

Exciting shapes, advanced technologies, explosion of colors and details. The design revolution has only one name: Brionvega!
With solid foundations in Danish traditions of joinery, blended with deep insight into the latest production technology, we make furniture of durable beauty and value, distinguished by full respect for sustainable materials.

Designer, urban planner and architect, Marco Zanuso has stood since the Second World War as a leading protagonist in the Modern Movement cultural debate.

Winner of the Gold Medal and the Triennale Grand Prize, in 1956 he contributed to the creation of the Golden Compass, a prestigious award he has won five times.

Besides Brionvega, he has donated his expertise to Arflex, Borletti, Gavina, Bonacina, Kartell, Siemens: many of his works are in the MoMA – Museum of Modern Art Design collection in New York.

Numerous collaborations illustrious during his career: the most significant ones stand out with brothers Livio, Pier Giacomo and Achille Castiglioni and Richard Sapper. Along with this has created – in 1962 – Doney, the TV for Brionvega.

A successful challenge for the Italian brand, repeated – in the following years with the design of televisions Sirius (1964) and Black (1969) and the Radio Cubo.

Over the years he has lent his expertise on the subject in the academic field, as demonstrated by the 30 years of teaching at the Polytechnic of Milan (1961-1991).