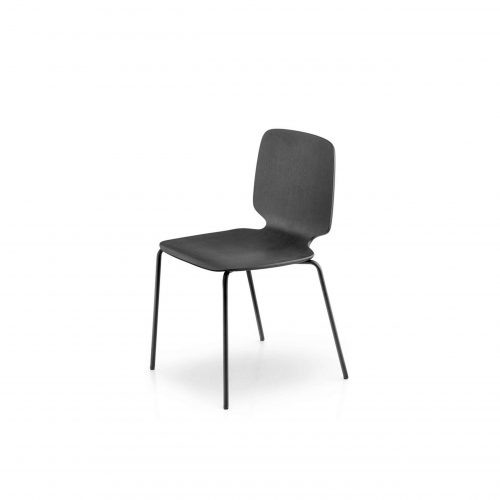 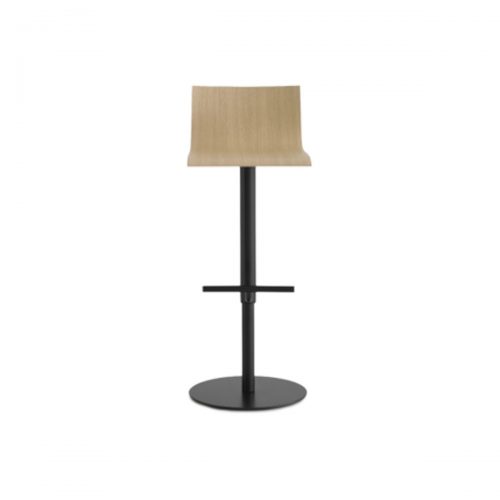 In 1969, man landed on the moon in the LEM (Lunar Excursion Module). In 2000, at the turn of the millennium, the LEM stool was created, one of the symbols of Lapalma’s style. The same lightness, the same absence of gravity, which, in the void created by the design, fosters its relationship with the environment.

And like the Apollo 11, it could not bear unnecessary weights, therefore this amazing chair incorporated all functions in a highly elegant minimalist profile. Only the essential, the rest stayed on the ground.

Available in both indoor and outdoor finishes.

Balancing craftsmanship with industrial techniques, efficient production and a focus on details, Lapalma produces and sells its quality design worldwide. Chairs, armchairs, stools and tables are the result of ongoing research, aimed at creating truly innovative solutions that interact with each other. More than separate furnishing items, they are furniture systems that connect people.

Tomoko Azumi ( born in 1966, Hiroshima, Japan ) is an interior and furniture designer based in London. She studied architecture and interior design at Kyoto City University of Art, worked in architectural studio in Tokyo, then moved to London in 1992.  She finished a master course of Furniture Design at the Royal College of Art in 1995.  After her activities as a partnership AZUMI ( 1995-2004 ), she started her own practice TNA Design Studio in East London in 2005.
At TNA Design Studio, her main fields are furniture, lighting products, interior design and exhibition space design.  She has been collaborating with international clients such as Benchmark Furniture ( UK ) , Lapalma ( Italy ), Maxray ( Japan ), Röthlisberger ( Switzerland ) and Swarovski ( Austria ), as well as interior design for The Supreme Court of United Kingdom, shops for Harrys of London and exhibition designs for the Crafts Council ( UK ).
Her works are in several permanent collections include Victoria & Albert Museum and Geoffrey Museum in London and Stedelijk Museum ( Netherlands ).  She has been a project teacher at the Design Products of Royal College of Art since 2005 and a research fellow at London Metropolitan University from 2006 to 2009.  Also she is a member of jury for Good Design Award in Japan since 2006 and member of selection board for 100% Design London in 2010 and a member of jury for imm Design Award at the Cologne Furniture Fair on 2010 and 2011.

Shin Azumi was born in Kobe, Japan in 1965. After finishing his MA at the Royal College of Art in 1994, he started working as a design unit ‘AZUMI’. In 2005, he established his own office ‘a studio’ in London, and he moved his base back to Japan in Tokyo in 2016. Currently he is taking the professorship at Hosei University, faculty of engineering and design in Japan. The clients list of ‘a studio’ includes lapalma, Magis, Desalto, Fredericia, Tefal, Authentics and many other international brands. Shin Azumi’s work has received numerous design awards in Europe and in Japan, amongst which the Blueprint 100% Design Award and “Product of the Year” of FX International Design Award. He also took part in the jury of numerous design awards such as, IF Design Award (DE). His works were acquired by many international museums such as Victoria & Albert Museum (UK), Stedelijk Museum (Holland), etc.