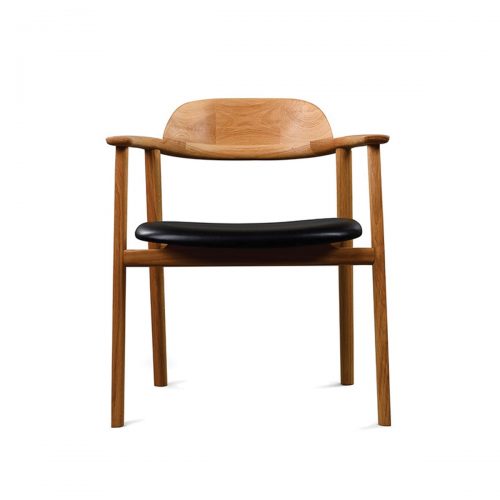 Mati Chair
Back to products The pieces, joined at 45 degree angle, have to fit together perfectly to form the curvatures of the chaise lounge.

The joints not only testify to the mastery of Zanat’s craftsman and engineers, but also create a leaf-like fish bone pattern on the surface of the wooden top.

Another essential highlight of this sculptural piece are the hand-carved edges which emphasize the elegant curvature of the piece.